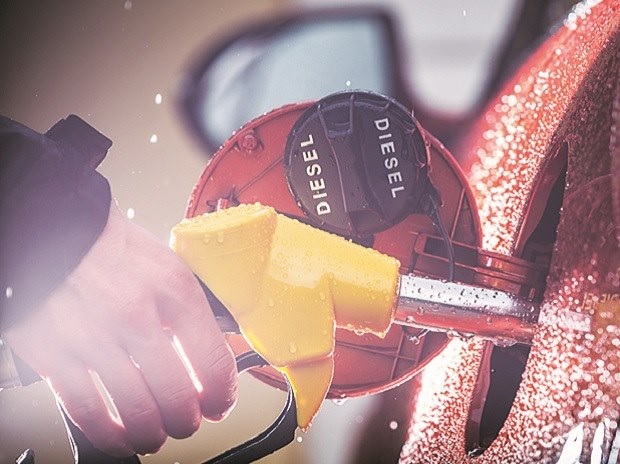 Before the Dieselgate scandal broke in 2015, diesel vehicles were considered the best and safest option for drivers looking for environmentally friendly alternatives. After authorities found defeat devices in Volkswagen’s diesel vehicles sold in the United States, the story significantly changed.

Today, consumers throughout the United Kingdom have changed their preferences. In a survey commissioned by Bridgestone and conducted among approximately 1,000 motorists, it was revealed that a mere 5% of buyers are thinking of buying a new diesel vehicle. Sixty-six per cent of the respondents said they will never purchase a diesel-powered vehicle ever again.

Additionally, used car buyers were also asked if they would choose to purchase a diesel vehicle and only around 21% of them said they would.

The survey also asked participants to specify their reason (or reasons) for not choosing to purchase a diesel vehicle. About 34% of the respondents said that diesel vehicles’ effects on the environment are a major reason why they are buying a safer alternative to diesel-powered cars.

Among consumers who currently own a diesel vehicle, almost one-half revealed they had no plans of purchasing another diesel vehicle. They plan to switch to electric ones.

Proof that more and more car owners have turned their backs on diesel engines is the fact that the UK is getting closer every month to its goal of releasing 500,000 battery-electric vehicles on the road. Authorities expect to see more cars with number plates that feature a green flash. Nevertheless, they know that a lot of work still has to be done as electric cars currently represent only around 1.2% of the total number of vehicles on UK roads.

The Society of Motor Manufacturers and Traders recently revealed that registrations reflect around 12,899 BEVs (British Electric Vehicles) or zero-emission vehicles are anticipated to be driven on UK roads soon. Meanwhile, the registration of HEVs, or Hybrid Electric Vehicles, increased by over 18%.

Industry leaders and environmental campaigners are encouraging the government to continue encouraging its citizens to refrain from using diesel and petrol-powered vehicles and consider driving electric vehicles.

What is the Dieselgate scandal?

In September 2015, US authorities, specifically the Environmental Protection Agency (EPA) and the California Resources Board, uncovered defeat devices in Volkswagen diesel vehicles that were sold throughout the United States.

VW initially denied the allegations but later admitted that they did knowingly use the illegal software in their diesel vehicles. They were required by the courts to pay fines to US authorities and compensate affected American car owners. They’ve also had to recall thousands of their vehicles so these could be fitted with the correct, safe, and emissions-compliant engines.

The diesel emissions scandal soon spread to Europe, the UK, and other parts of the world. Later on, other car manufacturers were also implicated in the scam, including Mercedes-Benz, a German carmaker like VW.

Although Mercedes continue to deny the allegations against them, they have paid millions in fines and compensation claims, and recalled thousands of affected vehicles just like VW.

The Mercedes emissions scandal eventually reached Europe and the UK shores. The number of affected UK car owners has grown over the years.

Why are defeat devices in diesel vehicles illegal?

The defeat devices found in Volkswagen and Mercedes-Benz diesel vehicles are designed to detect when a car or van is in regulatory testing. As soon as testing starts, the device artificially reduces emission levels to within the limits set by the World Health Organization (WHO).

Once the vehicle is brought out of the lab and driven in real-world road conditions, though, its emission levels revert to their default settings, which far exceed the limits mandated by the World Health Organization and the European Union.

A diesel vehicle emits NOx or nitrogen oxide, a dangerous gas that has devastating impacts on the environment and human health. Thus, every vehicle equipped with a defeat device is a heavy pollutant.

The two main components of NOx are NO or nitric oxide and NO2 or nitrogen dioxide. NOx has a negative effect on the environment and particularly affects vegetation – it makes plants and crops more susceptible to frost.

NOx is also considered a significant factor in the generation of acid rain, smog, and ground-level ozone.

Nitrogen oxide’s health impacts include breathing problems, eye irritation, nausea and vomiting, asthma or aggravated asthma for those who already have the condition, and other respiratory problems. If a person is constantly exposed to excessive amounts of NOx, they could suffer from asphyxiation, develop increased risks of cancer and cardiovascular diseases, and chronically reduced lung function. NOx exposure can also lead to premature death.

In opting to use defeat devices, carmakers have essentially lied to and misled their customers by selling a pollutant car for a premium rate. This is why you should file a Mercedes emissions claim if you are affected by the scandal.

It’s not going to be an easy or quick process but if you work with a panel of emissions solicitors, you won’t have to worry about anything. They know exactly what needs to be done to get the compensation you deserve. The panel of emissions solicitors at ClaimExperts.co.uk are highly trained and have had years of experience winning claim after claim. Visit their website to see if you are eligible to  start your emission claim process.

Things to know about a wheel hub

The Mercedes Dieselgate Scandal: Where It Stands Right Now

Various Safety Features for Your Vehicle